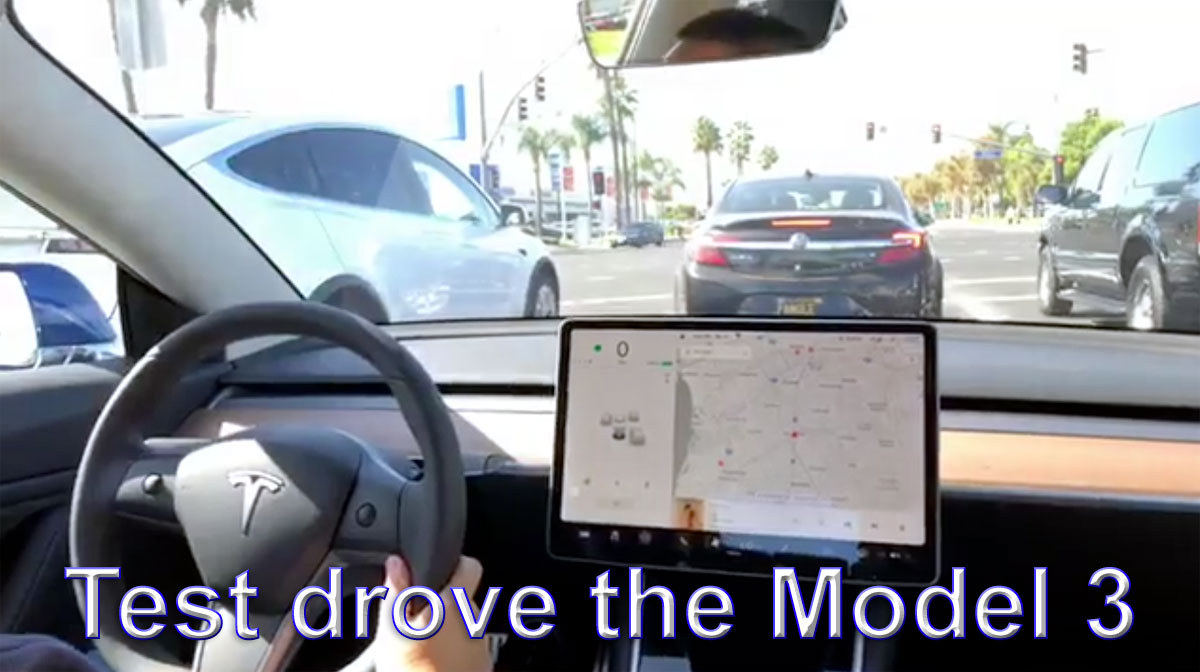 Back in October, my son and I went to the Tesla dealership in Buena Park to check out a Model 3. I didn’t have an appointment but they were able to schedule me for a test drive. I have heard about experiences with Tesla dealership. How there is no middleman. You are buying straight from the company. The price is publicly shown and everyone pays (for the most part) the same. But I didn’t expect the events that lead to the test drive.

We checked in and the sales associate (SA) greeted us. He was working with another customer at the time but he gave me an iPad to sign some liability stuff for the test drive and he copied my drivers license. So far, every thing seems normal. He came back and told us to hang tight, he’s going to get the car. A few minutes later we meet him in the front with a blue Model 3 Performance. Very nice looking car.

He had us get inside. I sat in the driver seat and through the window he went over some basic features like how to change the gear from park, reverse, drive, etc; where the turn signals are; adjust seats. Again, every thing seemed normal. After this, I expected him to get in the passenger seat and off we go. “Alright, go ahead and take her for a spin. Be back in 15 minutes. Someone else has scheduled a test drive”. Whoa! I asked, “You aren’t coming with us”? He said, “Nope, I still have to finish with another customer”. Apparently, this is how test driving works with Tesla. They literally give you the car and you experience it on your own. I figured, many who are interested have already done the initial research of the car and it’s just the matter of driving it. It frees up the SA to help other customers as well.

So my son and I went on the test drive and it’s an awesome experience. This is the fastest and most technologically advance vehicle I’ve ever driven. We drove around Buena Park. I can’t begin to describe the accelaration. The cameras around the car detected other vehicles, people, bicycles. The suspension is hard and stiff – it’s a sport sedan. But the ride isn’t rough, at least for me it wasn’t.

The interior is minimal. It has two stocks on each side of the steering wheel that controlled various things like turn signals, changing the direction of the vehicle (to put it in park, you press a button on the end of the stock). Most of the functionality is on the huge screen in the center of the dash. It felt like a giant iPad and the interface is similar to iOS. It’s a touch screen with menus that activate with slide gestures and long presses.

I couldn’t get on the freeway because it’s traffic. He didn’t explain autopilot so I didn’t get a chance to play with it. I think this was good as I would’ve wasted my time playing with it rather than just taking in the driving experience.

We went back to the dealership and the SA was just finishing up with the previous customer. We hung out and waited for him.

Afterwards, we sat in front of a computer and we talked about what the next steps are. At this point, I wasn’t planning to buy one, just test drive. My wife doesn’t even know what we’ve done yet haha. He configured the vehicle I was interested in and showed me the price. In October 2019, you can reserve a Model 3 for a non-refundable $100. The SA suggested to reserve it and if I change my mind, I will only lose $100. I really like the car and after doing some calculating, I would save money in the long run with my commute and expenses – even compared to my Prius. It’s not a lot of savings, after all the configuration I chose is quite a few pennies. But the longer I keep the car, the more I’ll save. I don’t plan on trading in the Model 3 after 3-4 years and/or 100K miles. There’s a lot less maintenance and the battery is supposed to last 300K+ miles. With Tesla always updating the software, the car will continue to “feel new”. So I reserved it for $100 and had to think of a way to tell my wife what I just did haha.

I usually take photos and video but I wanted to focus on test driving. My son did do a Facebook live during the test drive. I found the file but it’s compressed and I’m not sure how well it will play in full screen. I do plan on sharing the video, I just haven’t put together something for it. It’s very shakey. So stay tuned for more content on the Tesla Model 3.

Finally, if you are interested in purchasing any Tesla vehicle, please use my referral link https://ts.la/sherwin24159. We both could get free car charging. My first EV was a 2020 Tesla Model 3 Long Range. It was my first introduction to saving even more on fuel cost. I previously had two Toyota Prius and enjoyed the fuel cost savings. I didn’t realize I could save even more switching to full electric vehicle. If I loved my Model 3 so… 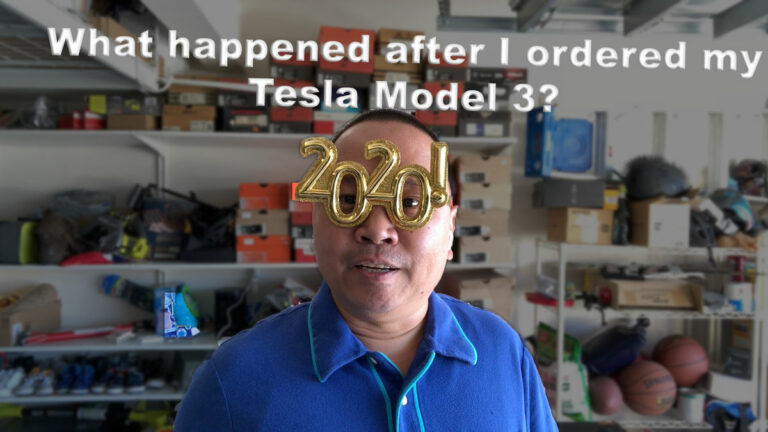