So I’m left with looking for a Windows PC laptop. I could also dual boot it with Ubuntu if the Windows OS won’t work well with my development environment needs. But where’s the fun and challenge in that? I was also encouraged to try it out since Dave Rupert has had success with it. I won’t get into too much of setting up the environment since there are countless of articles out there. I will share some of the softwares I use.

After many attempts at different laptops, I have finally settled with the Dell Inspiron I7568-2867T. It’s a 15” laptop with a touchscreen display running a Skylake i5 processor. I hope to write about it soon. I’m still getting used to it. As many of you know, I only run Windows at home and that’s for gaming. Otherwise, I primarily use Apple. This will be a good adventure.

One of the best text editors (that’s cross-platform) is Sublime Text. It’s fast, light-weight, and highly extensible. But that would leave me in my comfort zone. So I decided to try Microsoft’s Visual Studio Code. I’ve been hearing about this IDE and it is also open source and cross-platform. You can install extensions similar to Sublime Text. Here is a list of what I’ve installed so far.

I’ve only been messing with Ruby/Jekyll and Node. I have yet to get into PHP development. I haven’t decided whether to use PHP’s built-in web server or use IIS, Apache, or Nginx. I want to get into .Net development as well.

I am using both Github and Bitbucket. There are two clients I’m using.

Since Windows 10 build 14316 (preview), you may enable Windows Subsystem for Linux (WSL). This allows you to install Ubuntu-based bash environment on Windows. It sounds great but what I’ve found is you cannot have Windows access the files in this environment. I was hoping to run the environment and have an IDE on Windows edit the files. Currently, this is not allowed.

You would have to use VIM to edit your files which, for me, takes more time than using an IDE. I am not accustom to using VIM. I need my IDE. For those who are, this wouldn’t be an issue and should look at WSL as an option.

I wanted to mention the Command Line. I miss the terminal app on Linux and OSX and use it frequently. I’ve been able to use Command Prompt but you cannot have tabs. You would have to open a new window. In a laptop screen, it can get cluttered quickly. There are many alternatives but I want to try what is included in Windows. I am currently trying PowerShell ISE. It has tabs, yay! You can also adjust the font and color.

So far, that’s I’ve been using with my laptop. If necessary, I could use Laravel Homestead for developing with PHP. I’m very curious about .Net and MVC and considering converting a few projects to it. We’ll see.

PowerShell ISE, VS Code, and SourceTree

This is a guide on how to configure Windows 10 using the Fall Creators Update released in October 2017. I will be using Ubuntu for the Linux Subsystem. Ubuntu Turn on Windows Subsystem for Linux in the Windows Feature Restart Windows so it fully installs it Then go to the Windows Store app and download… 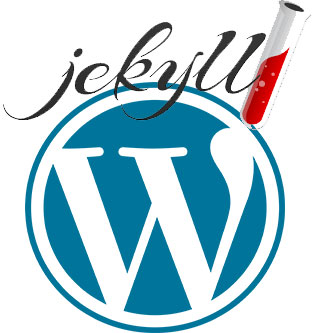 A few years ago I shared that I will be moving away from WordPress to Jekyll – a static site generator. I have decided to move back to WordPress. Here are the reasons for moving back. My source code is stored in a repository. If I need to work on the website, I’m limited…

I have been able to develop Laravel applications on my Windows 10 environment for quite some time using Homestead. Recently, I have been getting errors when loading up the dev environment. The following error is happening. Timed out while waiting for the machine to boot. This means thatVagrant was unable to communicate with the guest…

Here is how to set up a Laravel dev environment on Ubuntu 18.04 LTS Bionic Beaver.